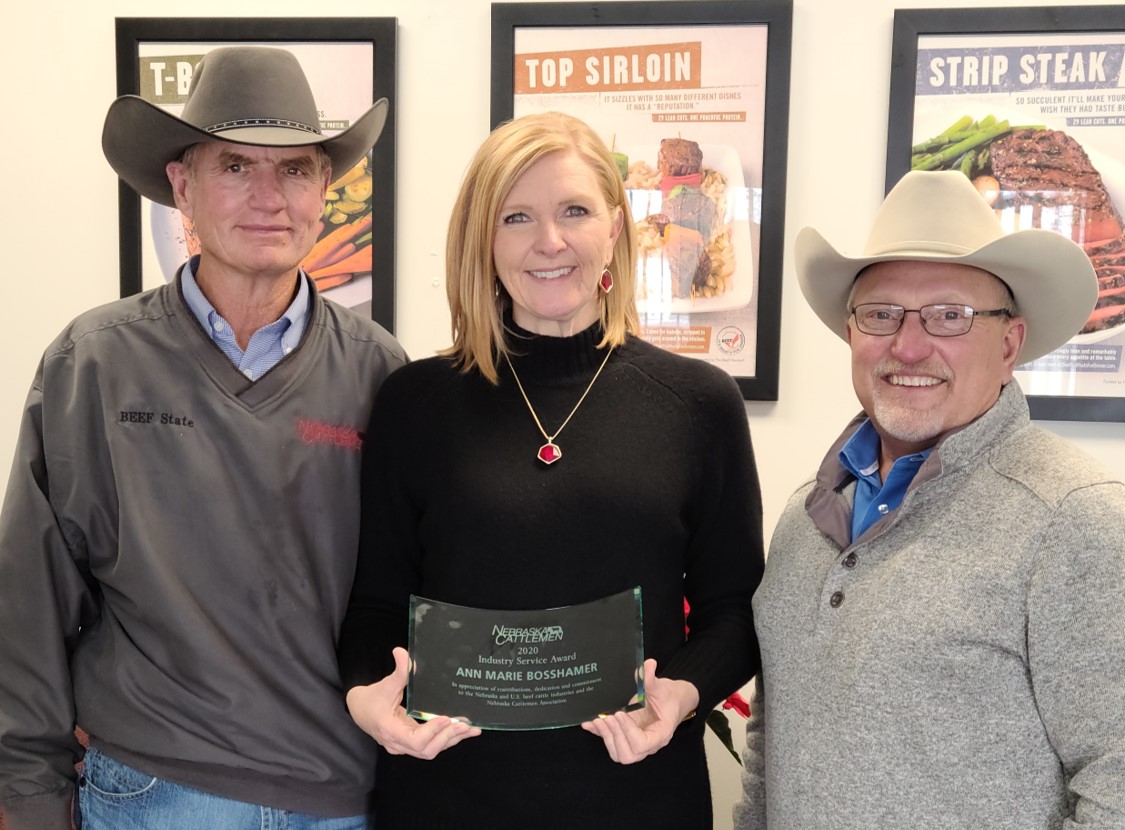 Ann Marie has dedicated well over 20 years to the Nebraska Beef Council and is currently the executive director. At the Nebraska Beef Council she leads a team that oversees the collection and management of the $1 per head Beef Checkoff in Nebraska. From being featured on radio and television commercials for the “Beef. It’s What’s For Dinner” campaign over the years Ann Marie has been recognized as the “Voice of Beef” by many Nebraskans.
Ann Marie and Husband Brian Bosshamer reside near Amherst Nebraska with their two daughters Brook & Breanna. When they are not working on all things BEEF they are busy with sports, show cattle and other extracurricular activities the girls are involved in. Ann Marie is an Alumni of the Nebraska Lead Program, the 2016 UNL Block and Bride Honoree and the Bosshamer’s were named the Grand Marshals at the Nebraska State Fair in 2019.
“Ann Marie is the voice of Nebraska beef, with an unwavering dedication to not just the Nebraska Beef Council but Nationally, and for that the beef industry could not have picked a better spokesperson.” Mike Drinnin, Past President of Nebraska Cattlemen.